Abdi Hashi, 53, agro-pastoralist, lives in Laalayska, a village in the Maroodijeh Upper Catchment area, about 24 km west of Somaliland’s capital, Hargeisa. His home, a small hut, is located at the bottom of a hill on rough terrain overlooking the dry agricultural land of Mahbuubta area. Lack of water has turned the surrounding trees black and the soil dry. Rain has been sporadic over the recent years and the area is now experiencing a drought. Over the past years, persistent water scarcity, recurrent droughts and soil erosion have led to poor harvests from farms and killed many of the livestock he owned. Due to soil erosion and overgrazing, the little uncultivated land available has gradually turned into rough terrain and gullies formed in the eroded parts. 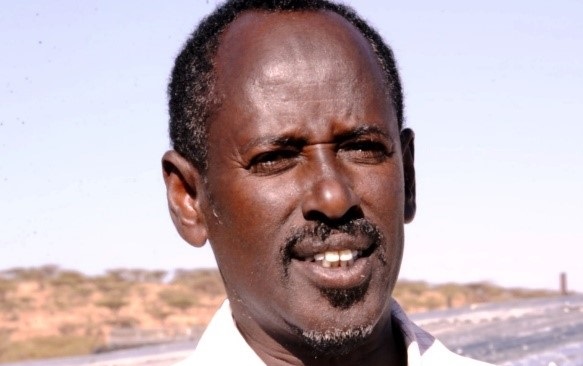 Being an agro-pastoralist, Hashi is connected to his farming land and had no option but to stay in the same locality for years. With the deteriorating environment and the drought, the few livestock in his possession had nothing left to eat except the dry sorghum. The farms are rain-fed through the run-off from the hillside terrain. However, this run-off also has drawbacks as it carries with it fertile soil resulting in soil erosion. Water scarcity has been a major problem. Without being able to dig a borehole and utilize the ground water, Hashi, like other agro-pastoralists in the area, was in a dire situation.

The Maroodijeh Upper Catchment Area Project, implemented by the Ministry of Agriculture, aims to improve access to water through the construction of soil bunds and rehabilitation of berkads. Soil bunds are conservation structures that reduce hillside run-off, increase water infiltration and prevent soil erosion, while berkads are underground water tanks, designed to store water.  “The project was launched at a crucial time when severe land degradation had already occurred. It had become so bad that we were very worried about the future of our land which is quickly turning into a desert in front of us,” Hashi says. He also mentions the benefits, apart from the increased access to water, that the rehabilitation of the berkad brought for the community.  “Before rehabilitation of the berkad, most of the people used to travel a long distance, up to 6 km, to the Dhabolaq area to fetch water. Because of the rehabilitated berkad, this is no longer necessary. The water is now easily accessible, which saves time, and it is used both for drinking water and household chores.” He added that even if rain fails, they can call for water trucks to fill the berkad. “This is more sustainable and makes life easier,” Hashi says. 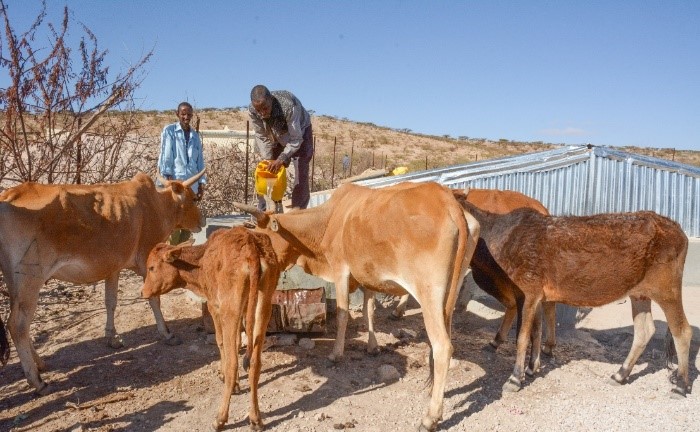 “I am very optimistic that once it rains, the water run-off will be slowed down by the soil bunds and will fill the earth dams and berkads. Thus, water will not be wasted anymore or cause soil erosion and formation of gullies.” Hashi also explains the change of attitude of the community resulting from the skill transfer program offered by the Ministry of Agriculture. “We used to believe that soil erosion of such magnitude was impossible to stop without the provision of heavy machinery and equipment like tractors. Thanks to the training opportunities offered by the Ministry, we are more confident that we can make a difference both individually and together as a community. We are now able to construct soil bunds to conserve the environment.” 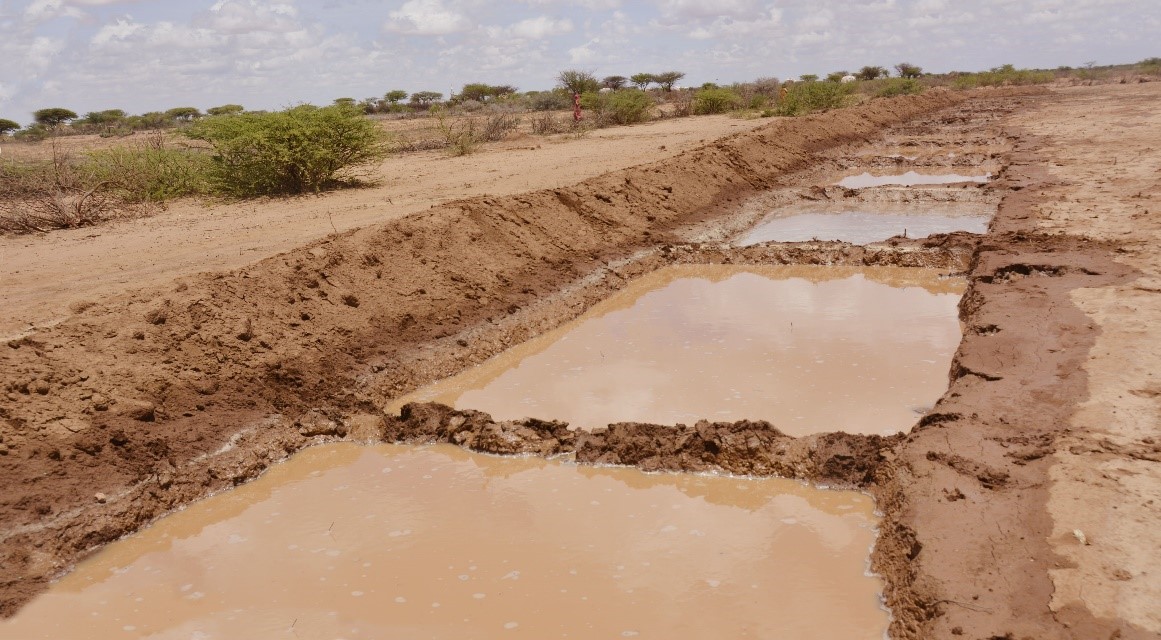 The Somaliland Development Fund (SDF) has allocated funding to the Ministry of Agriculture to implement the project, intending to improve household incomes of communities residing in the Maroodijeh Upper Catchment (MUC) areas through improved conservation of soil and water and improved agronomic practices. Due to the absence of any permanent rivers in Somaliland, agro-pastoral communities depend heavily on rainfall. The project, launched in June 2014, has witnessed steady progress towards attainment of the set objectives. With these soil and water conservation interventions, the project is expected to become a model for other Somaliland agro- pastoral communities who face similar constraints. The Maroodijeh Upper Catchment Area Project is funded by the Somaliland Development Fund. The SDF is a 4-year fund designed to support the Government of Somaliland (GoSL) in filling critical gaps funding projects that are fully aligned to the National Development Plan (NDP). The SDF is currently funded by the UK’s Department for International Development (DFID), the Danish International Development Agency (DANIDA), and the Governments of Norway and The Netherlands.