On his maiden visit to the projects funded under the Somaliland Development Fund Phase 2 (SDF2), the new Minister of Planning and National Development, H.E. Dr. Ahmed Adan Ahmed Buhane, reached Geed Deeble and Biyo-Shiinaha, situated approximately 25km north of Hargeisa city. This area has been the principal source of water for Hargeisa since 1972.

Under its current phase, SDF is funding two water projects for Hargeisa city. During this monitoring and learning visit, the Minister was joined by the Deputy Head of Office and Head of Development, British Office Hargeisa, Morgan Riley, the Director of Planning of Hargeisa Water Agency (HWA), Ahmed Muse Dahir, and other government officials.

At the New Geed Deeble Pumping Station (NGDPS), funded by other development partners, the Minister was briefed by HWA’s Director of Planning about the status of the water projects. “The first project, which was completed in 2020, was the construction of a new wellfield collector as the old one needed to be replaced because it was not able to deliver additional water to Hargeisa.” He added that the second project, the Laasdhure Project, is proceeding as planned, with most of the preparatory work completed such as selection of contractors. Its primary contribution is the addition of four million liters of water per day to Hargeisa, through the construction of a 14km pipeline connecting the three boreholes in the Laasdhure wellfield to the NGDPS.

These projects are part of the wider Hargeisa water supply improvements and will thus contribute to a greater number of citizens having access to clean and affordable water. Additionally, the ongoing SDF-funded water project is also supporting a water study, which is aimed at identifying other water sources for Hargeisa city in the next 20 years.

The Minister briefed the media at the end of today’s monitoring visit, saying, “I am happy to visit here today because of its importance. I saw the wonderful job that has been done so far. As per the HWA’s brief and the realities I have seen, I can confidently say that the project is on track, and we are looking forward to its completion in September and bringing clean and affordable water to Hargeisa city.” 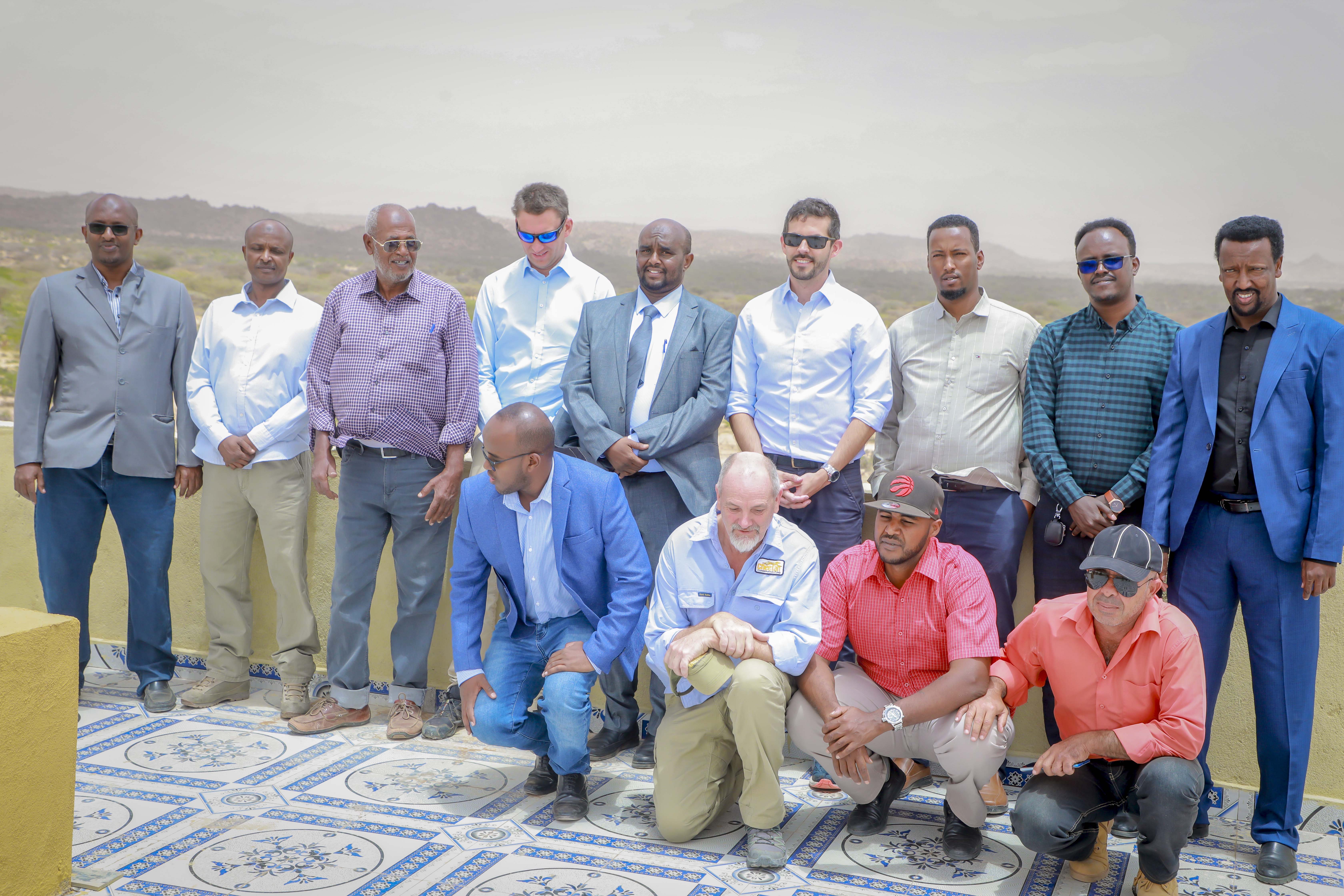