The Ministry of Transport and Roads Development (MoTRD) has today officially launched the Burao-Berbera Road Rehabilitation Project which is funded by the second phase of the Somaliland Development Fund (SDF). The launching of the project was officiated by the President of Somaliland, H.E. Muse Bihi Abdi, in Burao, Togdheer region. The event was also attended by the Minister of Transport and Roads Development, H.E. Abdirisak Ibrahim Abdi, the Minister for Planning and National Development, Dr Ahmed Aden Buhane, the Governor of Togdheer region, the Mayor of Burao Town, senior officials from the government of Somaliland, members of the SDF Secretariat and residents of Burao and Berbera. 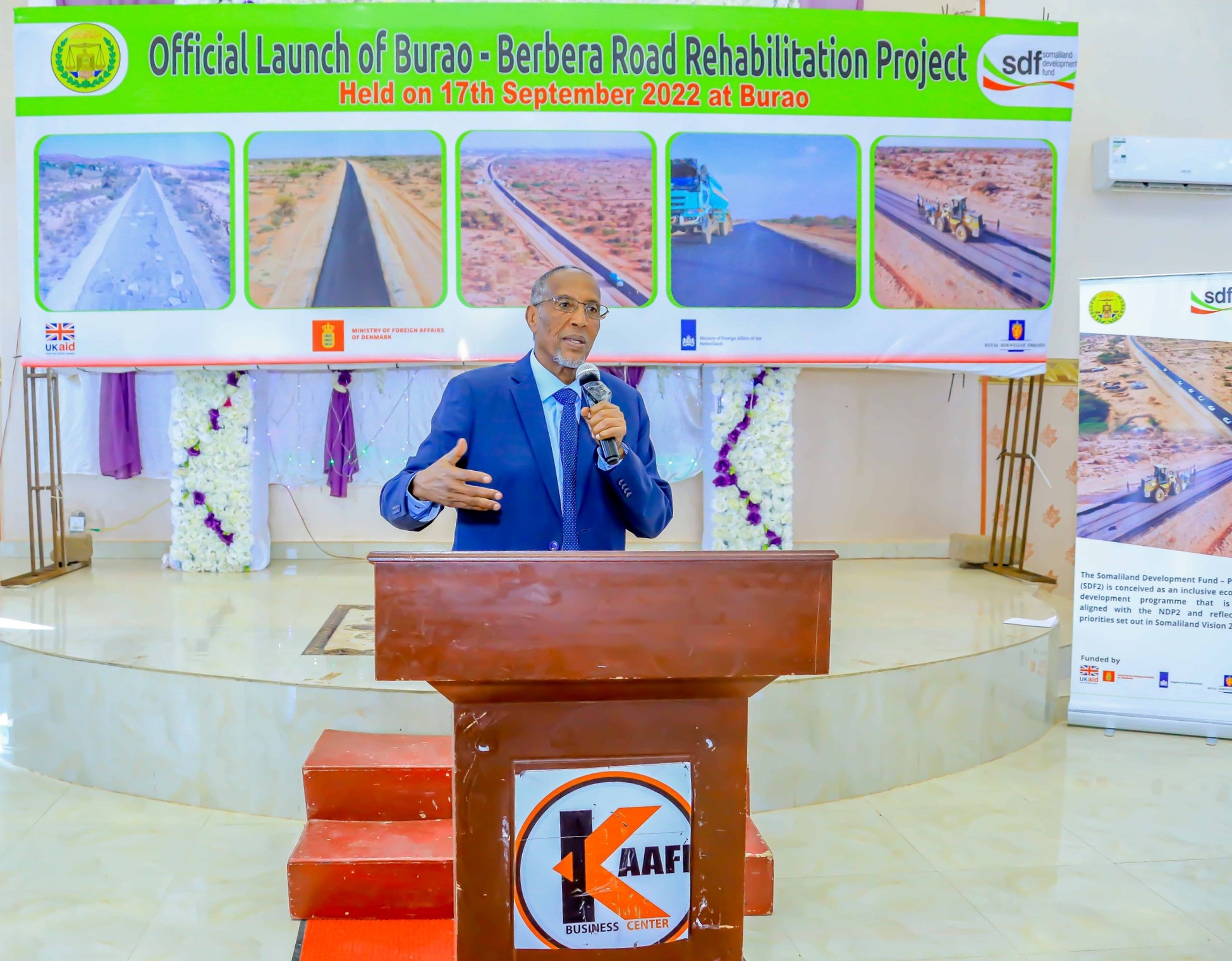 Under the project, the following activities are being implemented: 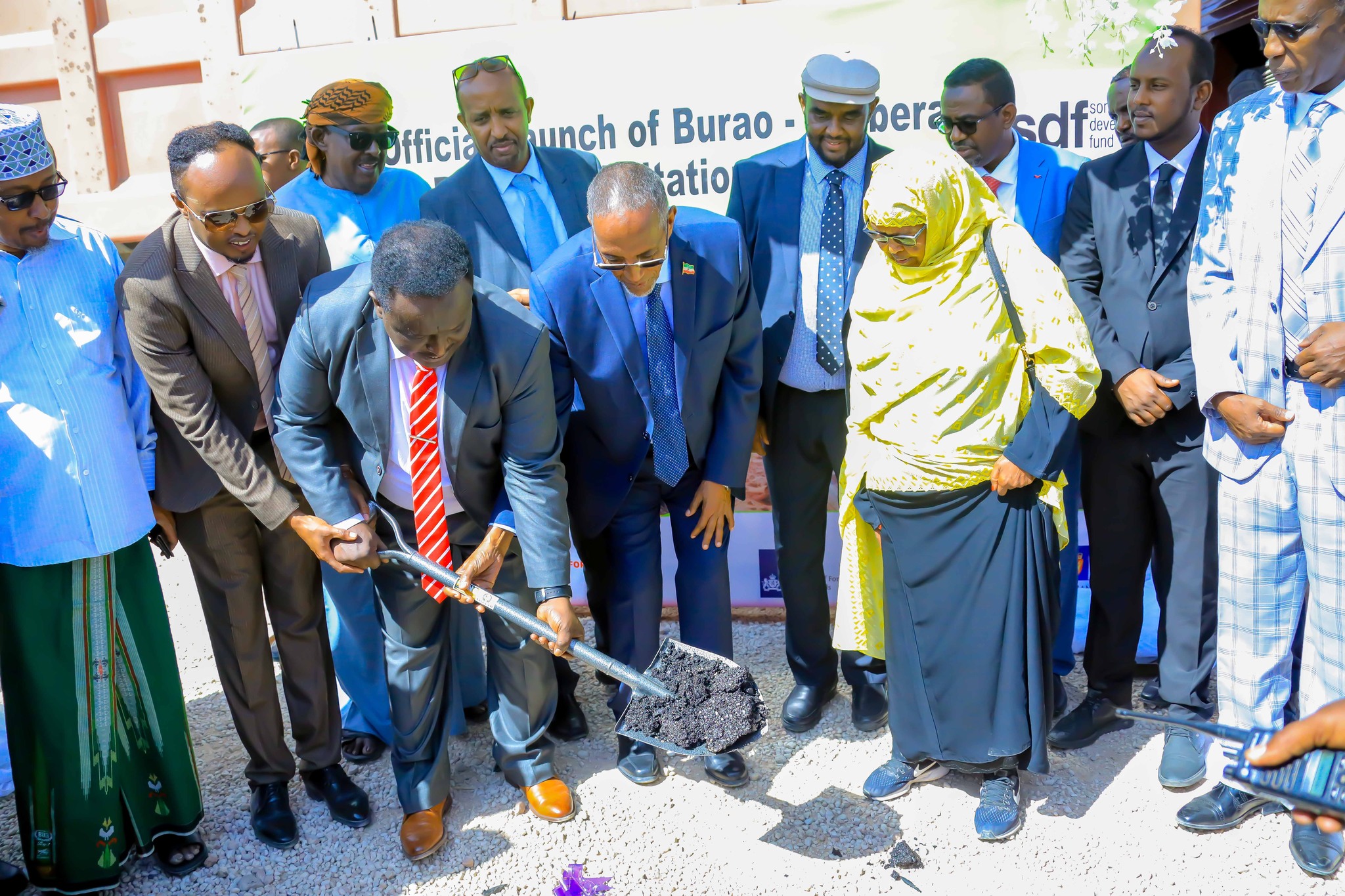 Recently, three firms were contracted under the SDF to concurrently implement the rehabilitation of the road works including the four bridges at the cost of USD 8 million. These firms are Somaliland Hono Group, Ihsan Construction and Drilling Company and Chongqing Overseas Construction Corporation (COCC). The firms are expected to fully complete the rehabilitation work in the next 12 months. Once completed, the proposed project is expected to lead to a reduction in travel times, vehicle operating costs and motor vehicle accidents, in areas traversed and connected by the road.

In his opening remarks, the President of Somaliland, H.E. Muse Abdi Bihi said “I applaud the Somaliland Development Fund, Ministry of Planning, and Ministry of Transport, Roads Development for this critical infrastructure project. Roads are currently the most critical infrastructure, and my government is doing everything it can to prioritize them. The one we are launching today is a great example.”

Also speaking at the event, the Minister of Transport and Roads Development, H.E. Abdirisak Ibrahim Abdi, applauded the donors for their participation and generous contribution to the development of Somaliland. In addition to that, The Minister said: " The road project launched today is one of the biggest projects in Eastern regions and is part of the second National Development Plan priority. We anticipate that improved connectivity between Burao and Berbera will boost economic growth.”

The Minister for Planning and National Development, Dr Ahmed Aden Buhane in his remarks thanked the SDF development partners (UK, Demark, The Netherlands and Norway) for their generosity and commitment towards uplifting Somaliland’s economy through government-led projects such as the project being launched today. He also highlighted that “the Somaliland Development Fund was established in 2012 as the government's preferred vehicle to delivering inclusive economic development to Somaliland. SDF investments are guided by the National Development Plan priorities.” 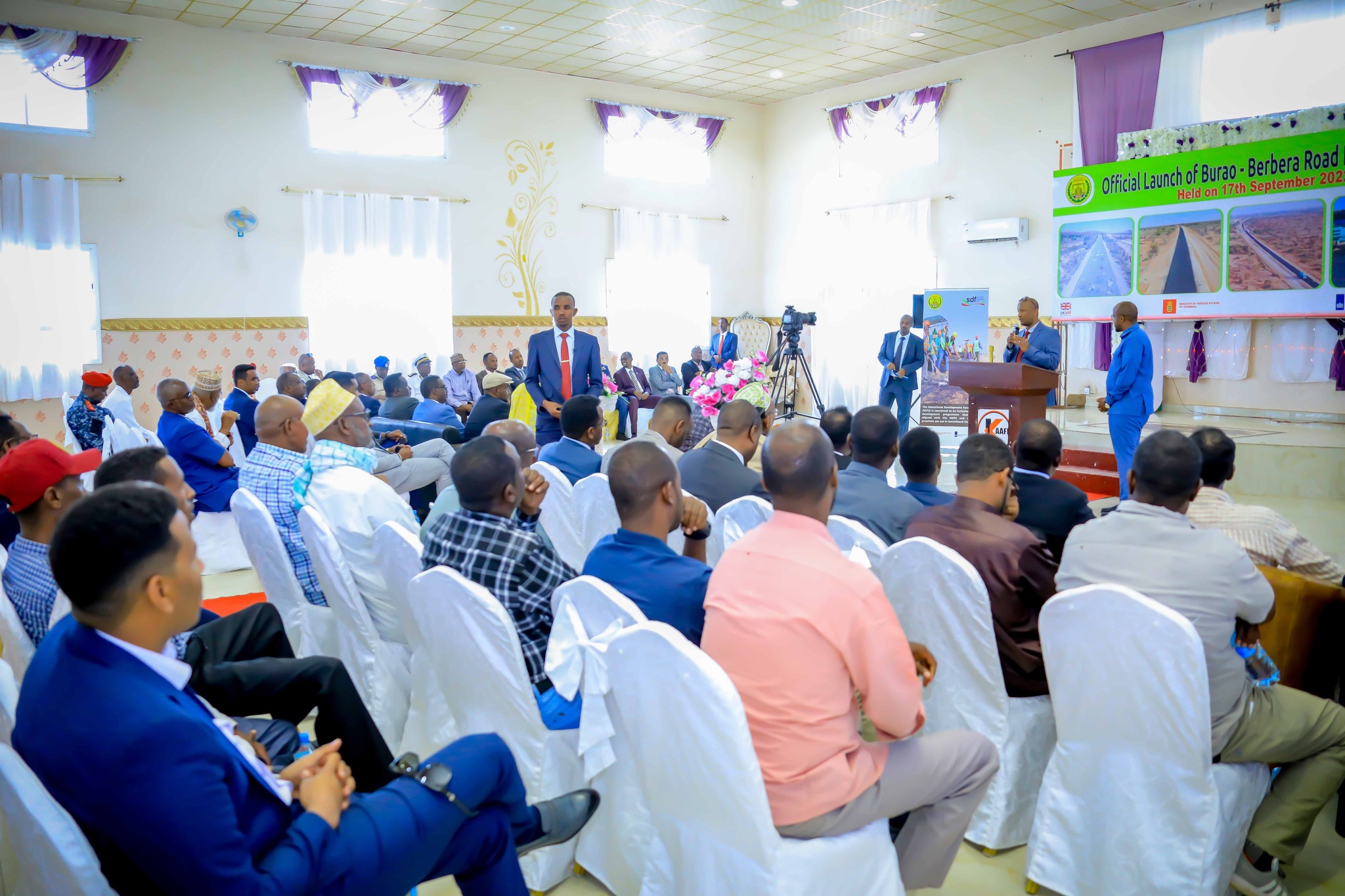 The Somaliland Development Fund – Phase 2 (SDF2) covers the period 2018-2024. SDF2 is conceived as an inclusive economic development programme, supporting the GoSL in delivering infrastructure that is relevant for inclusive economic development. It focuses on sustainable investments that spur job creation and fast growth, while at the same time laying the foundation for long-term resilience and development, leading to a more stable and peaceful Somaliland. SDF2’s ambitions are fully aligned with the NDP2 and reflect the priorities set out in Somaliland Vision 2030. SDF is funded by contributions from the governments of the United Kingdom, Denmark, the Netherlands, and Norway.