A big moment in Abokor Mohamed's career came last year when he and six members of SHABA’s technical team participated in an on-the-job training on steel tank installation by Rhino International. SHABA, a private operator, has been managing the Borama water supply services since 2003 as a PPP with the Ministry of Water Resource Development (MoWRD). Under the SDF2-funded Borama water project at the MoWRD, Rhino, an Australian company, was contracted to supply and install two 500,000 litre steel tanks and conduct on-the-job training for SHABA’s technical department.

As a result of the training and other support, SHABA will no longer need to hire international experts to do similar jobs. The technicians will be a great asset for Borama's water system and are also willing to offer their expertise to other water utilities in the country as the need arises.

Abokor Mohamed, 25, left school at an early age and became a water technician to support his extended family. He is now working as a technician for SHABA, a public-private partnership with the MoWRD that manages Borama water. For the last six years, he has been involved in water distribution initiatives in Borama town for SHABA.

"I was unsure how we would assemble these two large tanks at the beginning, but with on-the-job assistance from Rhino experts, we began to install the first tank. On the first two days, they showed us the foundations, and in the next five days, we gained the confidence to complete the first tank in seven days. The second tank was even easier to install and was completed in six days" - says Abokor with confidence. 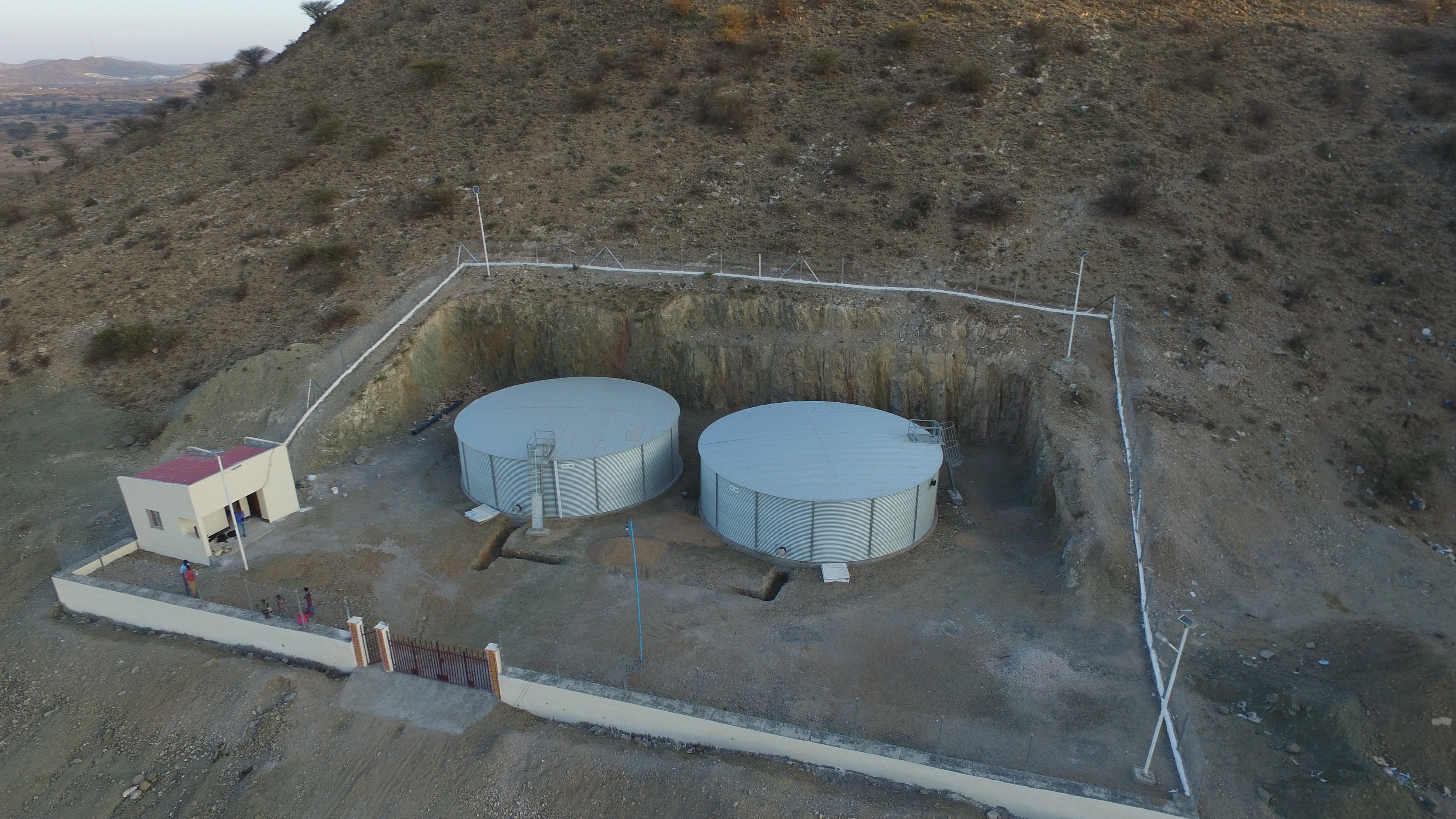 Abokor Ahmed has positive thoughts towards his career and is looking forward to offering this to other water utilities in the country. He also inspires the youth of his age to shift gears and learn technical skills to go a long way. “The project has helped me gain knowledge and skills to strengthen my position in the department.”