Water Is Such a Blessing

Somaliland is a water-scarce country and access to a safe and permanent water supply is a major problem. Against this background, the Somaliland Development Fund, through the Ministry of Water Resources, has funded the Water Resources Development Project. The project aims to improve the availability and access of water in Somaliland in a sustainable, equitable and environmentally safe way for all different uses.

The project also strengthens the institutional and operational capacity of the Ministry of Water Resources at central, regional and district levels in order to be able to rehabilitate and sustainably manage the nation’s water resources and to successfully deliver water services to all of Somaliland people.

The project is undertaking development activities of communal water infrastructure in nine locations across the country of which some have been completed, and others are in progress. One of these is Gargooray, a predominantly pastoralist community around 65 km north of Borama, the capital of Awdal region.

The area was notorious for its protracted water scarcity and the situation used to deteriorate during the dry season. Several attempts by the former Somali government to secure permanent water supply for this community turned out to be unsuccessful. However, this SDF funded Water Resources Development Project has drilled a communal borehole and completed the construction of utilization facilities, including a water reservoir, communal tap, kiosk and animal troughs. This benefits approximately 3,000 people and 150,000 livestock. The community members and their animals now enjoy access to hassle-free safe drinking water. Donkeys are used as pack animals, mainly for transporting water over rough and hilly terrains.

Malayko Muse, 53, is a single mother of 15 children, 8 boys and 7 girls. The children take care of the family animals (goats, sheep, camels and cattle) while she fetches water. 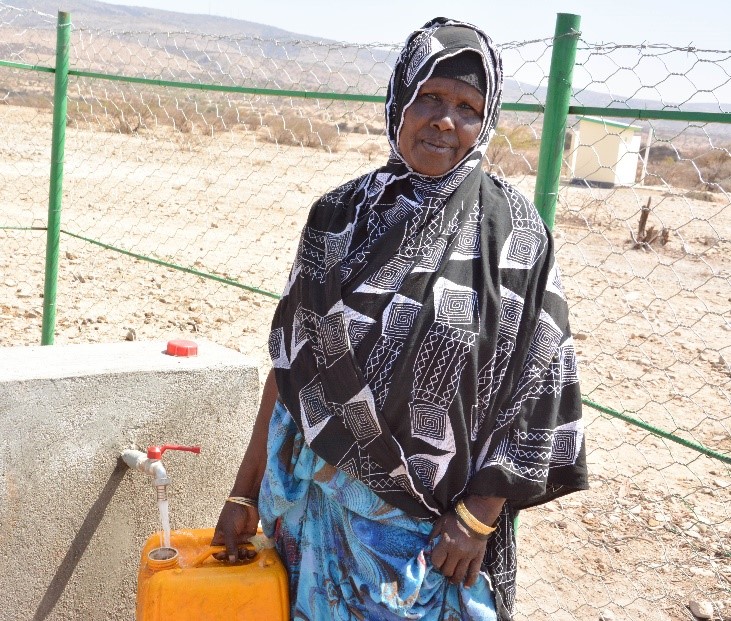 Malayko recalls the harrowing experience of losing her two donkeys after they were attacked by hyenas during the winter of 2015 while she and her donkeys were on their way to fetch water from Halimaale, a quarry that was several hills away.

“During the dry season, I used to wake up at 2:00 am in the morning to be at the water point as early as possible and to avoid the long queues. One day, my two donkeys and I embarked on our usual 8-hour journey to and from Halimaale water point. It was dark and chilly and I was walking behind the donkeys on a steep pathway, when suddenly a group of hungry hyenas attacked us. The donkeys fled but the hyenas chased them and within seconds, they were nowhere to be seen. I followed their hoof prints using my flashlight and after searching for around 30 minutes, I found their carcasses in the middle of nowhere. It was a devastating experience.

I collected the empty jerry cans, tied them on my back, and returned back home empty-handed, not knowing what to do. When I finally reached the locality, I approached one of my neighbours in the hope of borrowing a camel to use for fetching water from the same water point the same day. The neighbour generously lent me a camel and I was finally able to bring water home in the evening and prepare food for my children. When my story was heard by everyone in the community, they launched fundraising and bought me two donkeys after two weeks.”

Women were the main victims of the challenges of the scarcity of water, as fetching water is often their primary responsibility.

“The borehole drilling in Gargooray has been very successful and we are so grateful for all those who supported this effort. This is a relief for the long trek for water. Now it takes me about 40 minutes to fetch water from this communal tap,” adds Malayko. 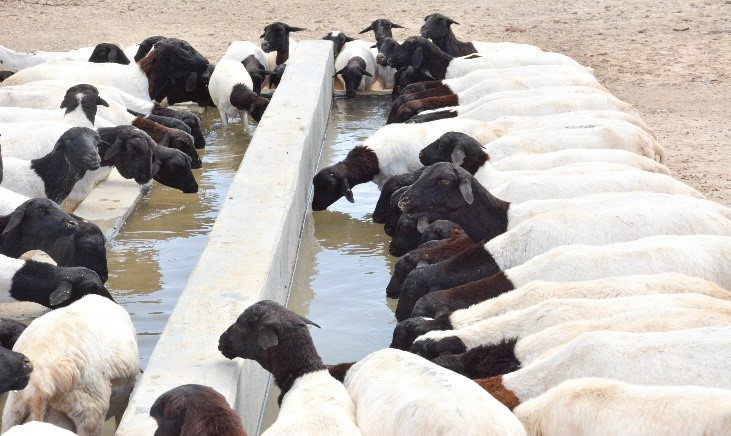